Ralph and Judy are not your typical retirees enjoying the lifestyle in sun drenched Napier.

Sure they live in beautiful Hawkes Bay but their hearts are firmly in another place.  The rugged and sometimes harsh Gansu Province of north west China.

Their passion for China began innocently enough.  Ralph explains:
“In 1993, on our way home from a visit to the UK we stopped off in Hong Kong to work with our church doing a series of “cross border deliveries””
It didn’t make any great impact on either of them and they felt no urge to ever do it again.

But strangely enough, the very next year they went back again! 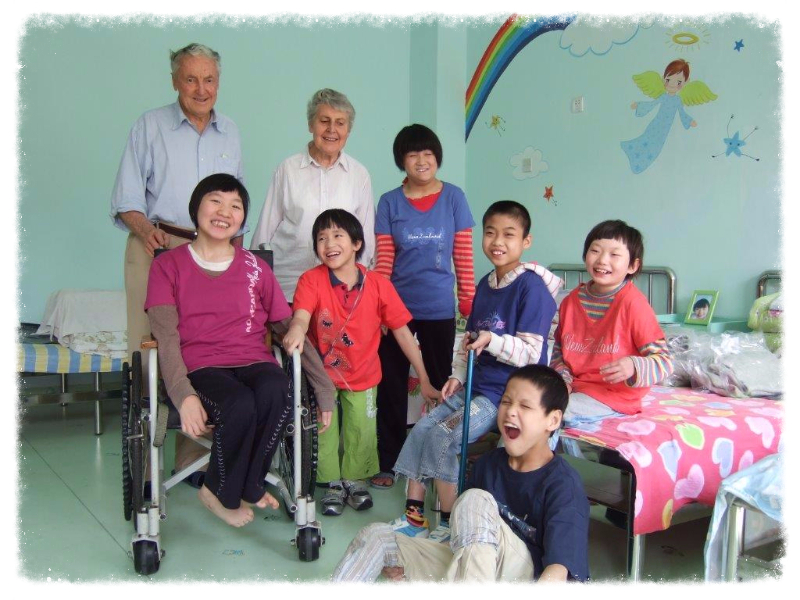 This time they went further afield with a delivery trip to Shanghai.  It was on that visit that they met a number of “house” leaders and were humbled by their dedication.

Further trips followed but with a new focus – they spent a full week at a State orphanage in Guangzhou which really impacted them for the plight of China’s orphans.

In 1995, they became the CCSM New Zealand Administrators but also squeezed in another visit to Hong Kong where they did multiple courier trips across the border.

In 1997, they went on not one but two CCSM Orphanage teams to Henan Province.  They

were becoming ever more impressed about the opportunities to show Christ’s love through the mercy programme.

Judy explains what happened next:

“We were both deeply impacted by Isaiah 61: 1 which convinced Ralph to retire from business in 1997 so we could devote our time to the call to China & CCSM NZ Directorship, and then again early in 2003 by Genesis 12: 1, which confirmed we should make the move to full-time service. Ralph had been concerned about leaving his 90yr-old invalid father, who was in a local nursing home, but the Lord had already moved, by drawing his younger brother back to Napier to live, and then provided reliable long-term tenants for our house!! Many other matters just fell into place also, once we made the decision, which Judy had been sure about for over 6 months, but was waiting for God to speak to Ralph!”

During 2002 they went on further trips but as of that time the spotlight for them always seemed to be on Gansu.  In 2004 they were introduced to the Lanzhou Orphanage and allowed to spend two days a week there.  Their hearts were broken by the situation that the more seriously disabled kids faced.  This was to be the place that God had been preparing them to serve since that first foray across the border ten years earlier.

Ralph describes what happened next:

“We persevered through 1994/1995, praying for the chance to do more for the most seriously disabled kids, who had the least care and worst prospects in the orphanage, without success or much cooperation from the LZO leadership, but always thankful that we were accepted there and could have some impact.  In 1996, quite unexpectedly, approval was given for us to set up a small unit for the full-time care of six of the seriously disabled children. Major financial provision also came from two sources during 1996/1997. Although the Sharon Family Unit was still a small department of the LZO, we had mostly a free hand to develop the childrens’ physical, emotional & spiritual health, to the point where they could function together as a family, cope with their personal daily needs and tasks etc. The two oldest have learned hand-skills and can produce some excellent craft work. The major donors are no longer involved.”

But of late things have taken a turn for the worse.  Because of orphanage policy, the three oldest have now been sent to live at the old people’s welfare home. The three younger ones are now back in the main body of the orphanage. In both cases, Vicky (local Chinese manager and believer) the teacher and the senior carer can visit and continue to have some input and arrange additional help not provided by the institutions, within some limitations. We are also able to take the three youngest out by day to the Morning Light Training Centre in the city, also managed by Vicky.

Please pray – especially for the staff needed, continued cooperation from the LZO and Welfare Centre leadership, and for the financial support required for staff costs, vehicle costs, extra care needs such as medical, clothing, additional food. 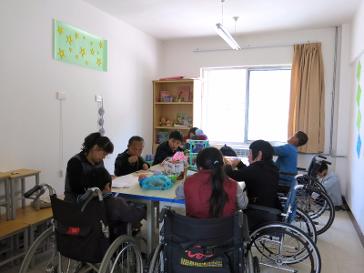