What kinds of Christian churches can you find in China?

Perhaps most well-known is the distinction between official government-approved Three-Self Patriotic Movement (TSPM) churches and unofficial ‘house or family churches’. Yet the situation is considerably more complicated than that, as explained in a recent China Source article quoted below.

Prior to religious law changes that took place in February 2018, some of these congregations were able to function freely without being officially registered because they had close ties to key officials or had informal ties with the TSPM. Other unregistered congregations simply took advantage of a period when the government had relaxed the enforcement of its religious laws and they operated secretively or in many cases quite openly. Some of these congregations were sizable while others were made up of a handful of people.

Since February 2018, however, the Chinese Communist Party has greatly tightened it's control over religion and is actively closing down all unregistered meetings. The unregistered church has been driven back underground. With modern surveillance methods being deployed by the authorities it has become difficult to meet together, in even in very small groups.

…THERE ARE MANY OTHER CHARACTERISTICS WHICH HELP DEFINE CONGREGATIONS.

Some are rural, some urban and others are located in the rapidly-changing suburbs. Some congregations are exclusively ethnic Han Chinese, while others are made up of a range of ethnic groups. Still others are exclusively so-called "minority" churches, for example: Chinese Korean or Miao. 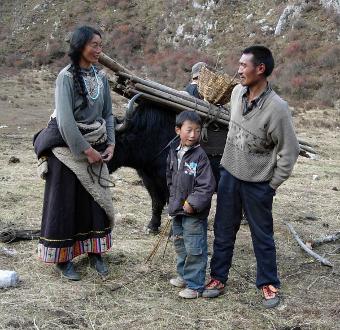 There is a multiplicity of congregation types in China which do not fit neatly into the traditional ‘house church - Three-Self’ paradigm.”